The company serves a wide variety of industries, including mobile, healthcare, aerospace and defense, energy, technology, and automotive.

In only their first two years, Jabil launched a Lean Six Sigma program that spanned the company's 60 plants in 29 countries, and they trained hundreds of resources at a project execution level.

The company's goal: To create a workforce of problem solvers.

Part of Jabil's success lies in the focus on Lean, with Six Sigma playing a supporting role.

With widespread communication and support of the Lean Six Sigma program at Jabil, it is no wonder that the effort has gained traction so quickly. 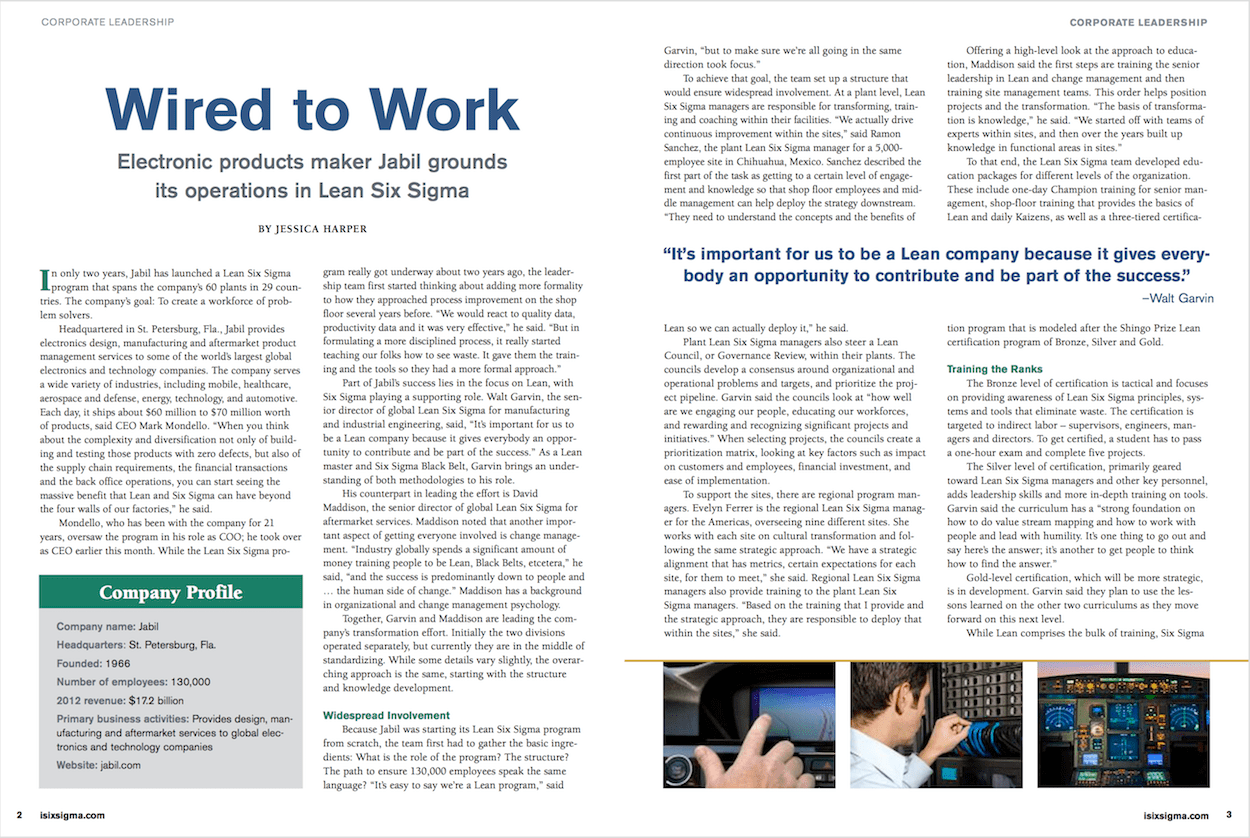