To better understand the experiences of companies implementing Design for Six Sigma (DFSS), iSixSigma Magazine conducted a survey to explore when, where and why companies apply DFSS. Not surprisingly, most respondents said their company does not use DFSS.

The responses of those that do, however, indicate that the financial gains rival benefits achieved from projects following the DMAIC (Define, Measure, Analyze, Improve, Control) methodology. The survey also revealed that the companies which use DFSS made that decision early in their Six Sigma deployment.

Two factors stood out in distinguishing the companies that use DFSS from those that do not. Read on to find out what they were. 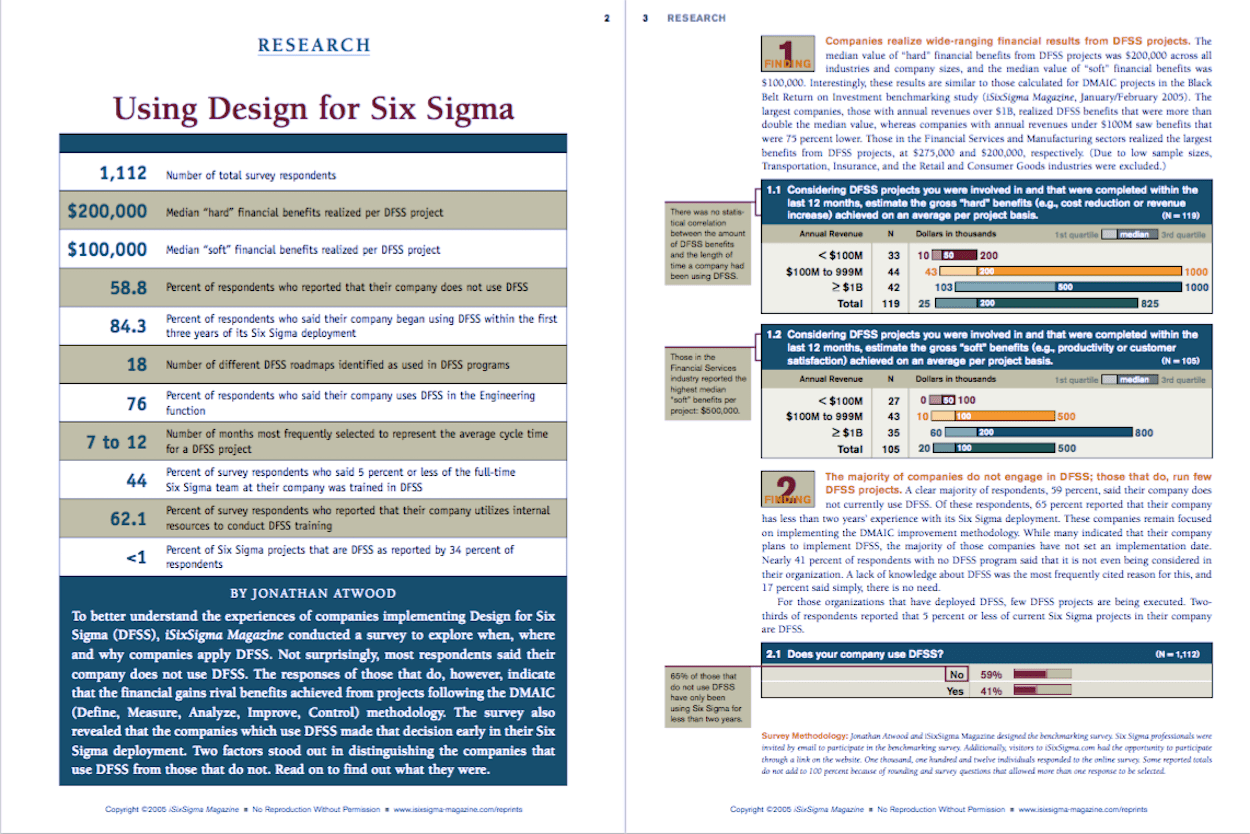