Tying in to Buy-in Research Report

Tying in to Buy-in Research Report

The success of a company's Six Sigma deployment is directly related to the company's commitment to the methodology. One way to gauge that commitment is buy-in – how employees perceive Six Sigma and how receptive they are to it.

The more that a company's employees have "bought in" to Six Sigma, the more likely the company is to be successful in its deployment. A lot of factors can hinder buy-in.

Yet as this iSixSigma research shows, many companies are not thinking of buy-in when they launch a program, and they are not making a concerted effort to increase employee receptiveness.

Findings explored in this report include:

Finding 1: Buy-in to Six Sigma means different things at different companies. But however buy-in is characterized, in general, the longer a company has been using
Six Sigma, the more buy-in there is.

Finding 2: Six Sigma practitioners have strong buy-in to the methodology but there are many reasons why some people have not bought in to it completely.

Finding 3: Securing buy-in is not a standard part of the Six Sigma deployment plan for most companies.

Finding 4: Organizations are generally neutral toward Six Sigma. Concerted effort to gain buy-in, however, does move the needle.

Finding 5: Of the groups within an organization, senior and middle management have the strongest buy-in.

Finding 6: There is no single sure-fire way to get employees on board.

Finding 7: When companies measure buy-in, most apply metrics that are based on projects, training and certification, or financial matters.

Finding 8: Most Six Sigma "believers" use Six Sigma in their job even if the executives at their company do not buy in to it. 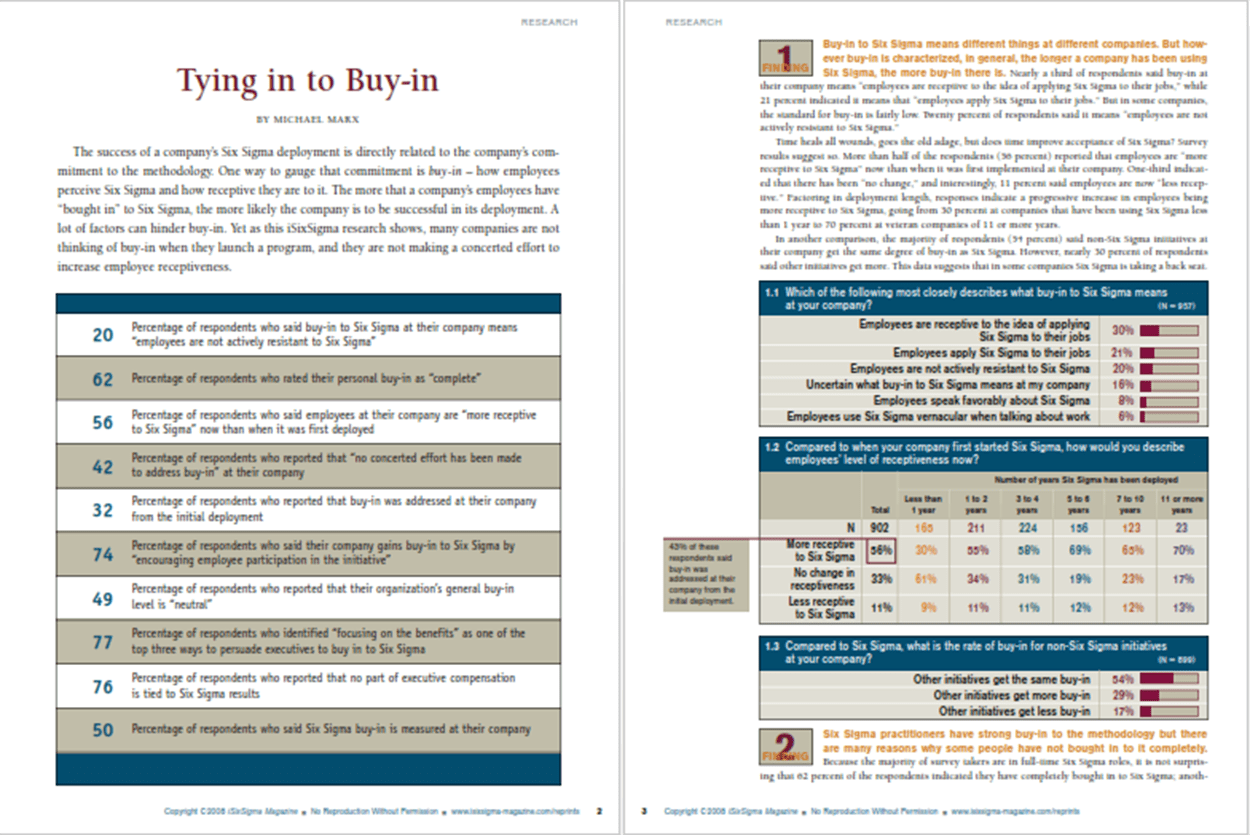