Defining the success of a continuous improvement initiative is a necessary step in evaluating its return on investment.

Air Academy Associates collaborated with iSixSigma on a broad-based survey that sampled the process improvement community. The diverse group of 560 survey respondents shared their experiences from companies varying in size and location.

Many factors contribute to whether or not a Lean Six Sigma program – or any other major business improvement initiative – is successful. The models explored in this report can be used by individuals and organizations to help them identify performance gaps in their deployment and to show them where to focus in order to close those gaps most effectively.

This survey drew responses from 560 individuals, with 68 percent coming from the United States and Canada.The largest block of participants reported their role as Master Black Belts (23 percent), while 17 percent of respondents said they are Deployment Leaders and 16 percent identified themselves as full-time Black Belts.

The Road to Success

Many factors contribute to whether or not a Lean Six Sigma program – or any other major business improvement initiative – is successful. This study used survey data to investigate 10 specific input factors and their impact on five specific output or response variables.

Analysis showed that of the 10 input factors, “change management and cultural strength” is the only factor identified that has a significant impact on all five response variables. 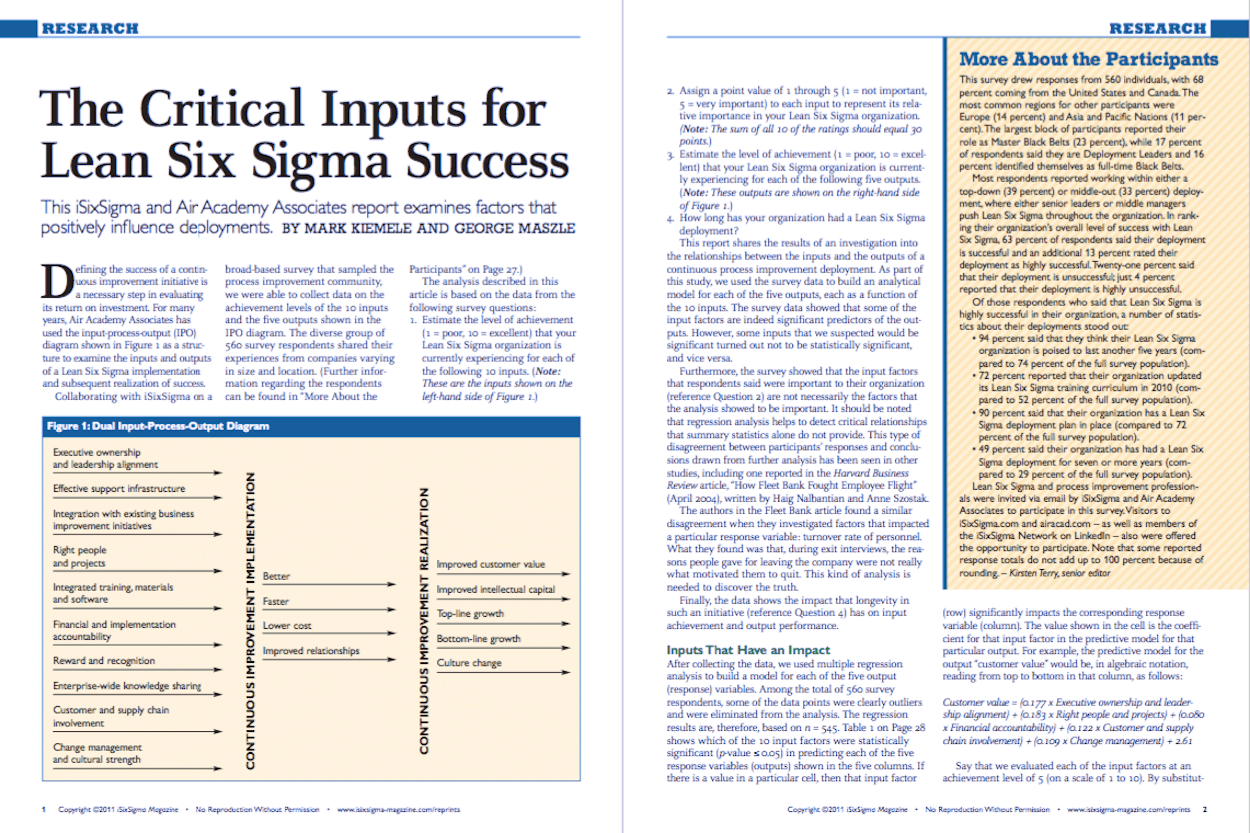