Thinking of starting a Six Sigma initiative in 2006? For any adventure, the first few steps can set the mood for the rest of the journey.

The same is true for a Six Sigma deployment, in which thoughtful planning can make the difference between respectable returns or a quality quagmire. This iSixSigma Magazine survey explored the ins and outs of starting up a Six Sigma initiative and sought to identify the elements that contribute to a program's success during the first two years.

Those companies that will begin an initiative next year will find in this study baseline data to consider in deployment planning, and those well into their Six Sigma initiative can compare their deployment to the findings here. 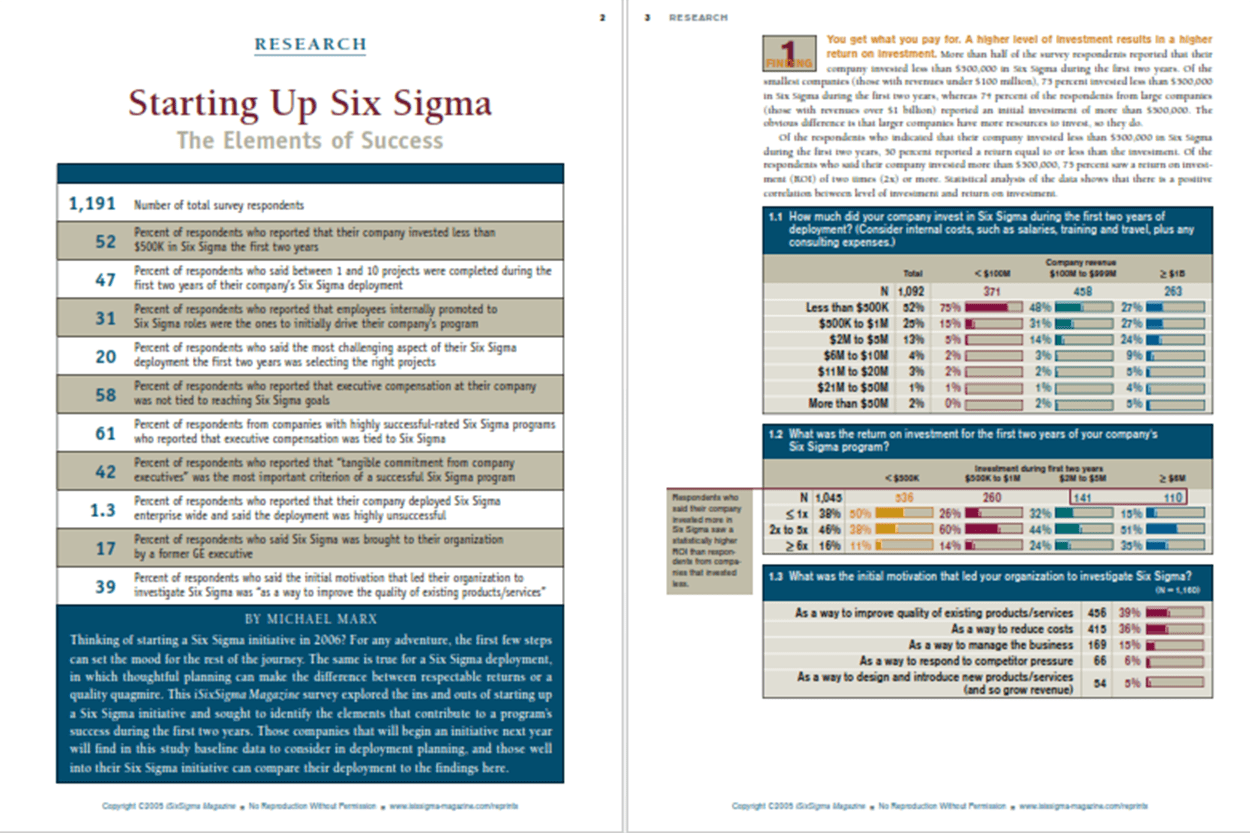