The Fortune 500 represents the public companies in the United States with the largest revenues, as ranked annually by Fortune magazine. For better or for worse, the 500 has seen it all – mergers and acquisitions, cultural evolutions, the rise of the Internet, globalization, bankruptcy, and fraud.

Amid all these changes, and sometimes because of them, the Fortune 500 companies have experienced significant financial growth.

Between 1987 and 2005, total revenues for these businesses grew more than 450 percent – from $1.9 trillion to $9.1 trillion. During that same period, the business process improvement methodology Six Sigma contributed to the performance of many of these companies.

Table 1: Deployment Scope of the Fortune 500 Six Sigma Companies in 2005

Table 2: Six Sigma Companies by Rank in the Fortune 500

Table 3: Six Sigma Savings as a Percentage of Annual Revenue

Sidebar: What's in a Number? Our Methodology

First, we calculated a standard rate of Six Sigma savings for the total Fortune 500 revenues by dividing $75 billion by $9.1 trillion to get 0.83 percent. We used 2005 data because it was the most recent year for which complete revenue information was available at the time of printing. 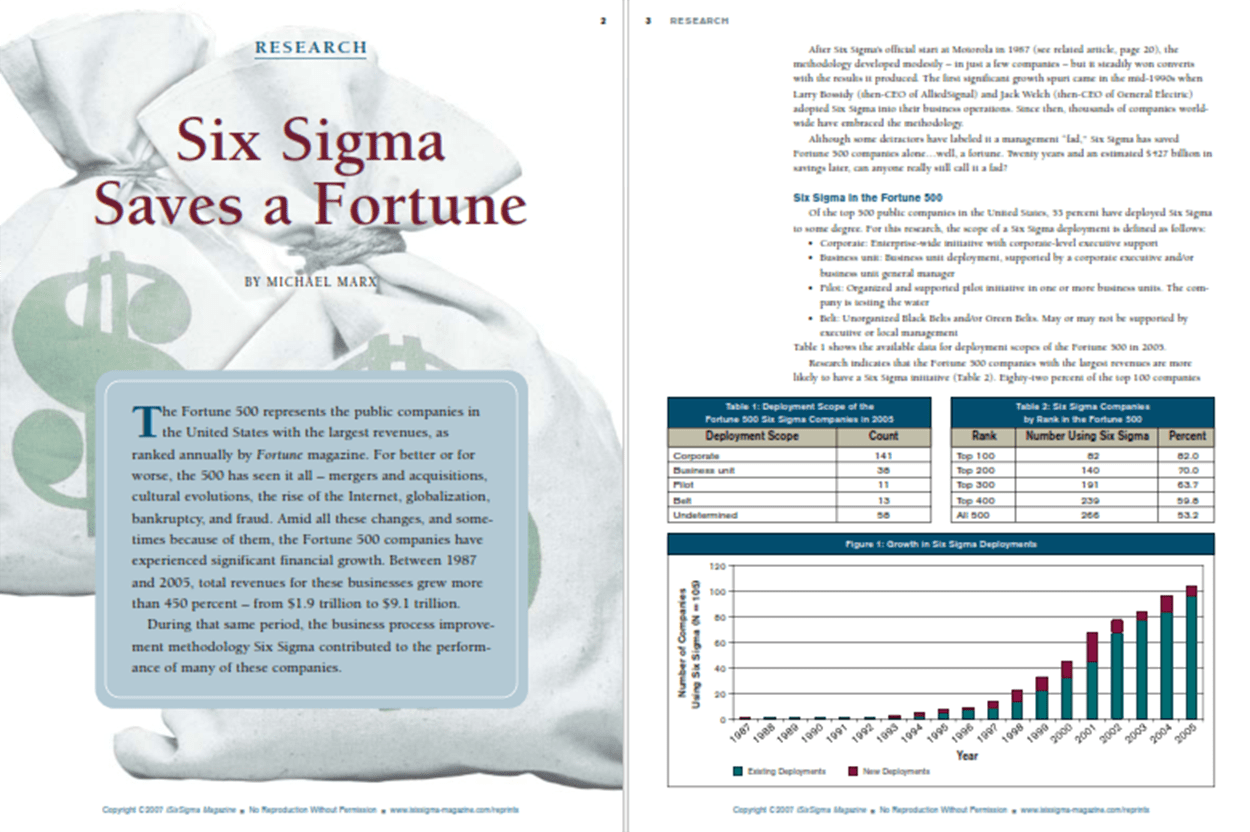