47.8% of respondents who said Six Sigma is a formal part of the leadership development process at their company

Excellent leadership is fundamental to the success of any organization. When looking internally to grow the next generation of leaders, companies often create a leadership development process.

With activities ranging from training, to mentoring, to opportunities with increasing levels of responsibilities, the process is designed to enhance the skills and capabilities of employees who have executive potential.

Including Six Sigma in the leadership curriculum is increasingly becoming standard. This iSixSigma Magazine research explored the relationship between leadership development and Six Sigma. 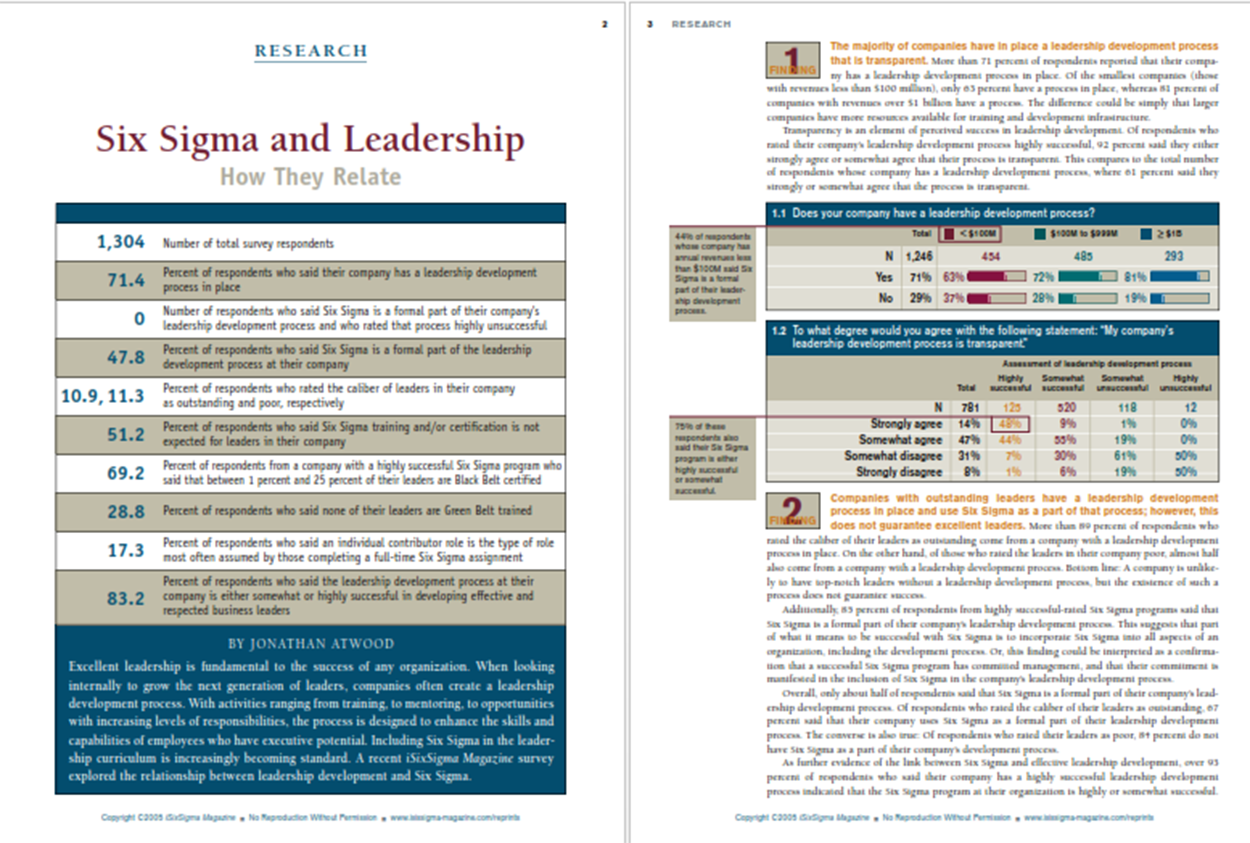