Dominion, an electrical power and energy company, was responsible for supplying its electric load obligation with its own power generation and purchased energy.

As a baseline, the load forecasting errors were costing the company somewhere between $3.5 million to $4 million each month.

As a result of this project, the mean load forecast error was reduced to 2.95 percent, compared to the baseline of 3.43 percent. And the financial savings of this project to Dominion exceeded more than $20 million in avoided purchased electric power. 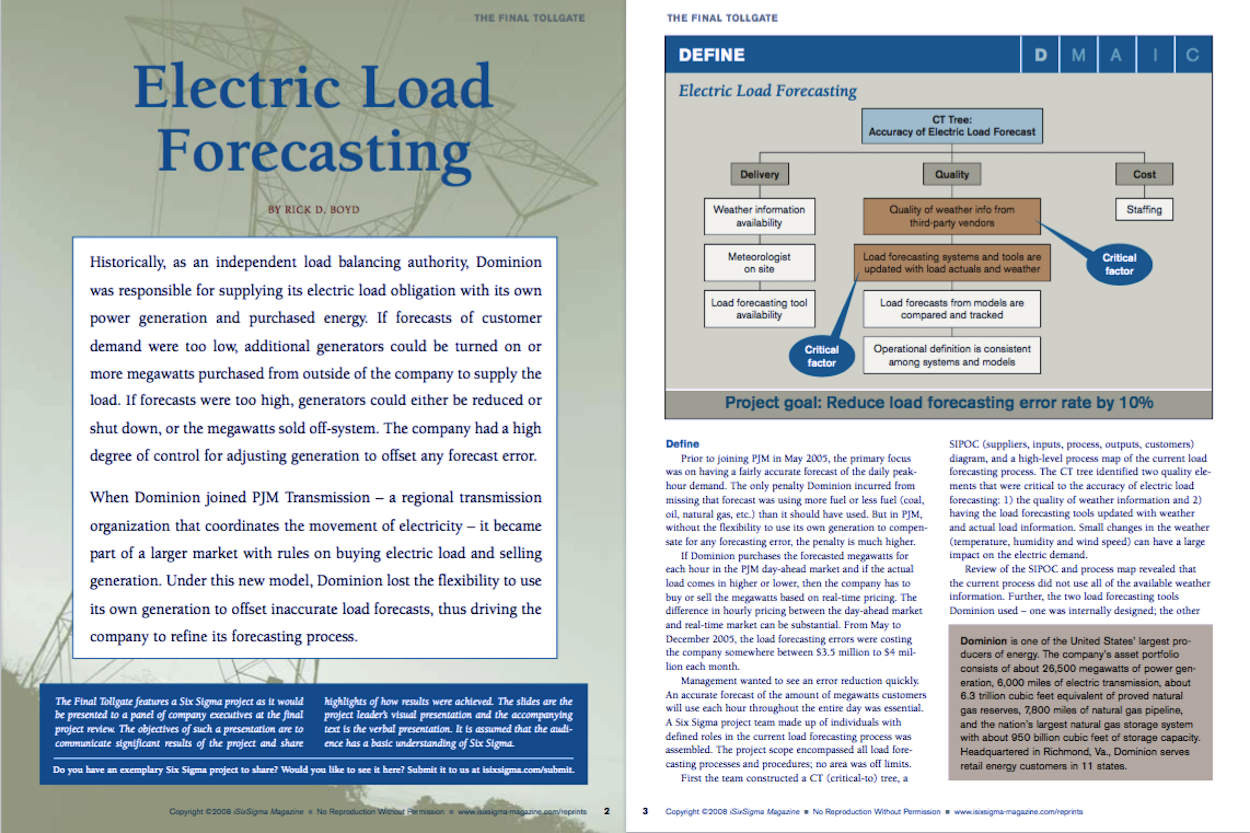