Receive a bundle of 4 for the price of 3

We've taken our 4 most purchased DMAIC Project Examples and combined them into one low price bundle.

In today's high-tech world, almost any household gadget has some basic electronics circuitry built into it – refrigerator, coffee maker, oven, toothbrush, vacuum cleaner, toaster or alarm system. In this case study, a Six Sigma team improves a manufacturing process whose purpose is to 'glue' – via a process called soldering – electrical components to a circuit board.

A microchip manufacturing company found that the slow response time to computer-related problems was resulting in nearly three-quarters of a million dollars annually in lost worker productivity and overtime expenses.

Historically, as an independent load balancing authority, Dominion was responsible for supplying its electric load obligation with its own power generation and purchased energy. If forecasts of customer demand were too low, additional generators could be turned on or more megawatts purchased from outside of the company to supply the load.

If forecasts were too high, generators could either be reduced or shut down, or the megawatts sold off-system. The company had a high degree of control for adjusting generation to offset any forecast error.

A Fortune 500 company pays invoices to more than 70,000 vendors worldwide. The scope of this project, however, represents 28 "prompt-paid" vendors, who invoice over $100 million annually. Each of these 28 prompt-paid vendors offers a two-percent discount on their invoice to us if our company processes that invoice within 10 business days.

Over the last two years, the company has not taken advantage of an average of 50 percent of these available discounts, representing nearly one million dollars lost annually in potential savings. 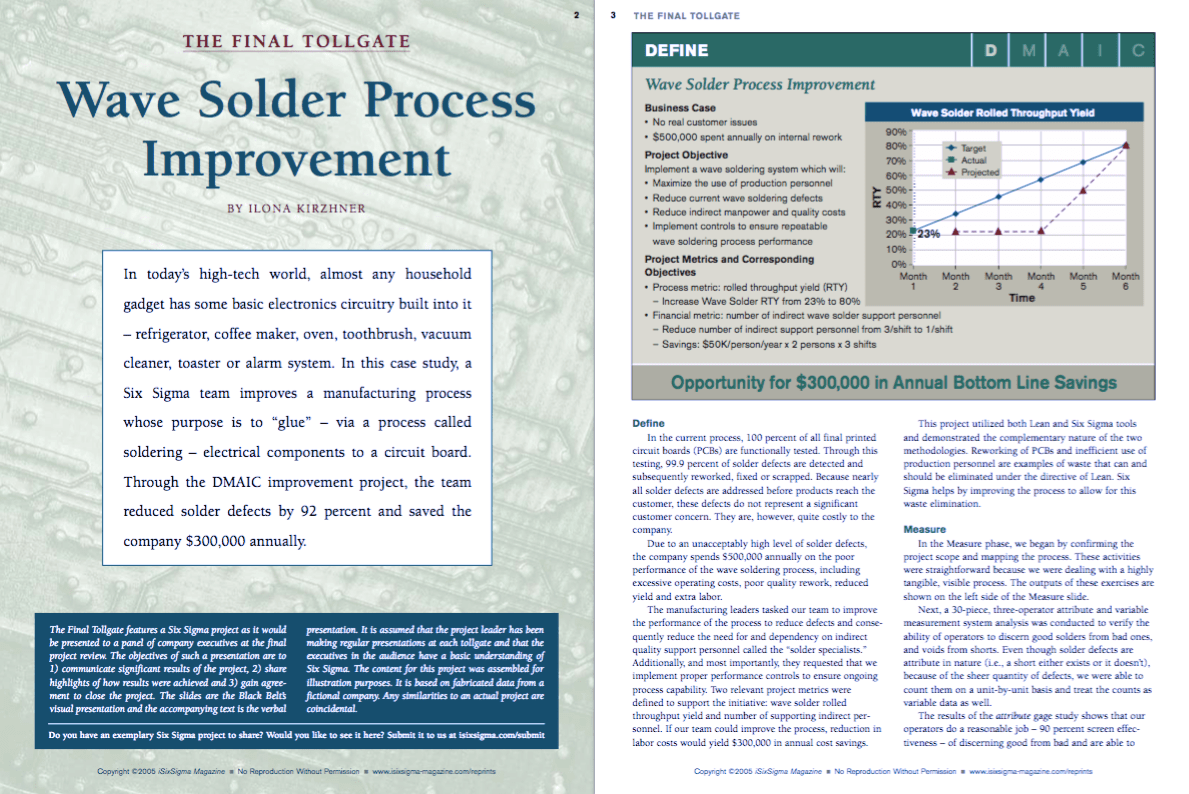 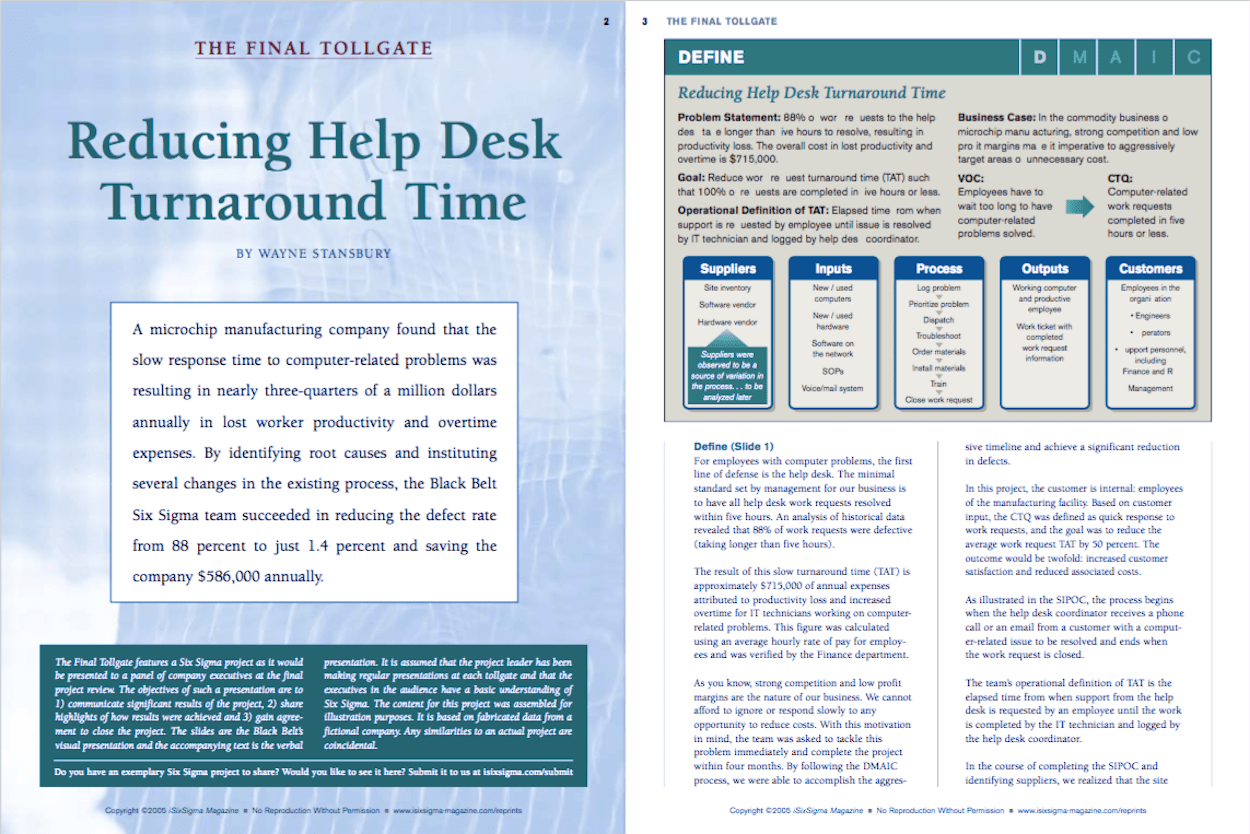 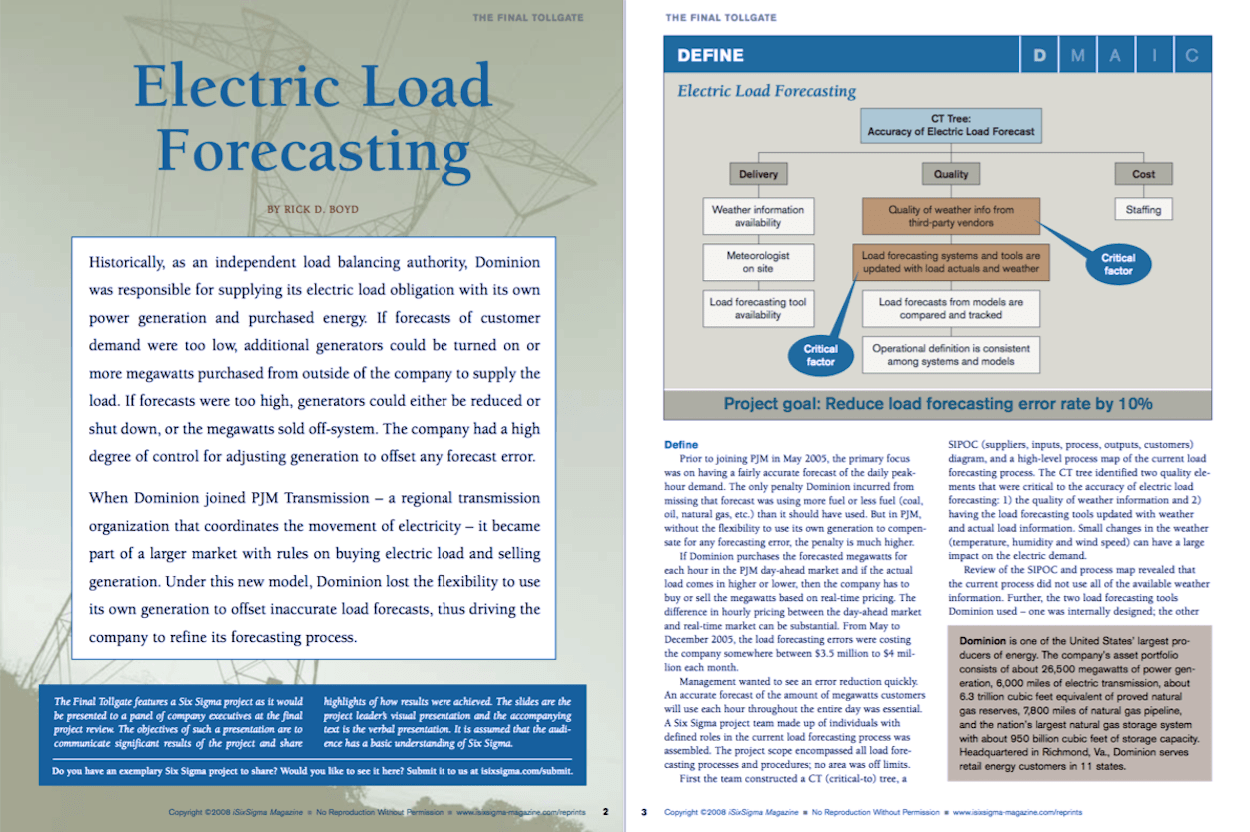 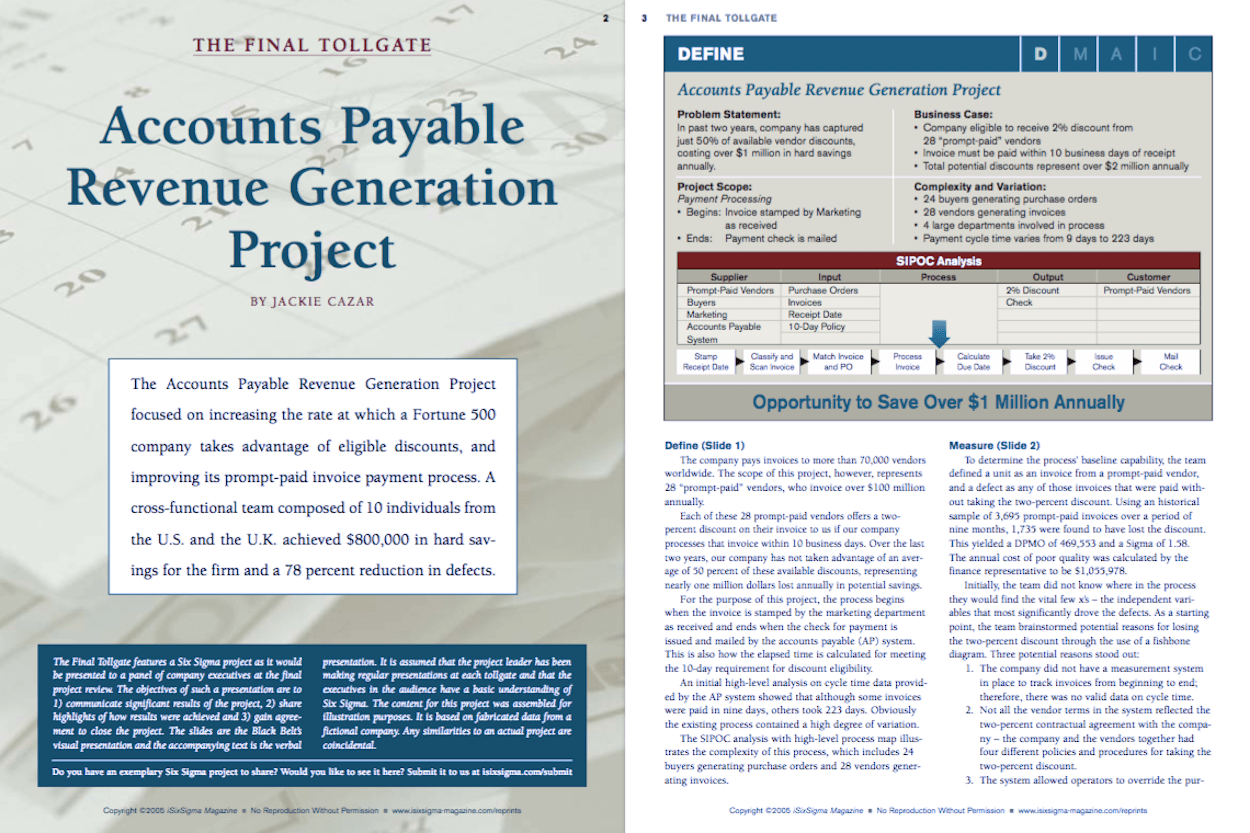