A Fortune 500 company pays invoices to more than 70,000 vendors worldwide. The scope of this project, however, represents 28 "prompt-paid" vendors, who invoice over $100 million annually.

Each of these 28 prompt-paid vendors offers a two-percent discount on their invoice to us if our company processes that invoice within 10 business days.

Over the last two years, the company has not taken advantage of an average of 50 percent of these available discounts, representing nearly one million dollars lost annually in potential savings.

An initial high-level analysis on cycle time data provided by the AP system showed that although some invoices were paid in nine days, others took 223 days. Obviously the existing process contained a high degree of variation.

At the end of the project, the improved process was turned over to the process owner and the finance department signed off on an incremental annual benefit from this project of $800,000.

This means that the prompt-paid invoice payment process now realizes a total of $1.78 million dollars in annualized hard savings for the company. 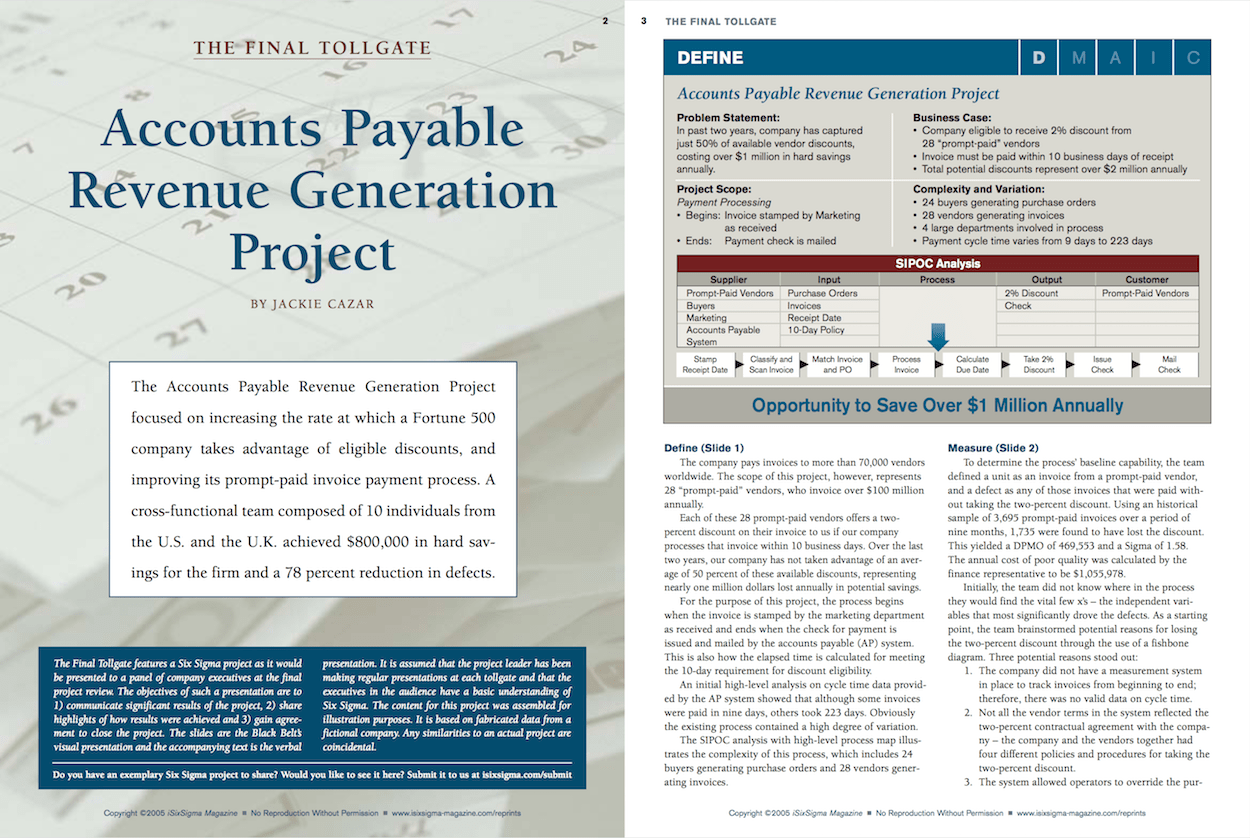