A Look Ahead for Six Sigma Research Report

A Look Ahead for Six Sigma Research Report

Although Six Sigma has simulation tools to predict future events and mitigate associated risks, there is no crystal ball for knowing what is in store for Six Sigma itself in 2007 and beyond. Through the responses of nearly 1,500 survey participants, we endeavored to add some clarity to the picture.

Whether you think the methodology has seen its day and is shrinking into the pages of corporate history, or that Six Sigma is fundamental to business and will continue to proliferate, you will want to read the results of this research study. 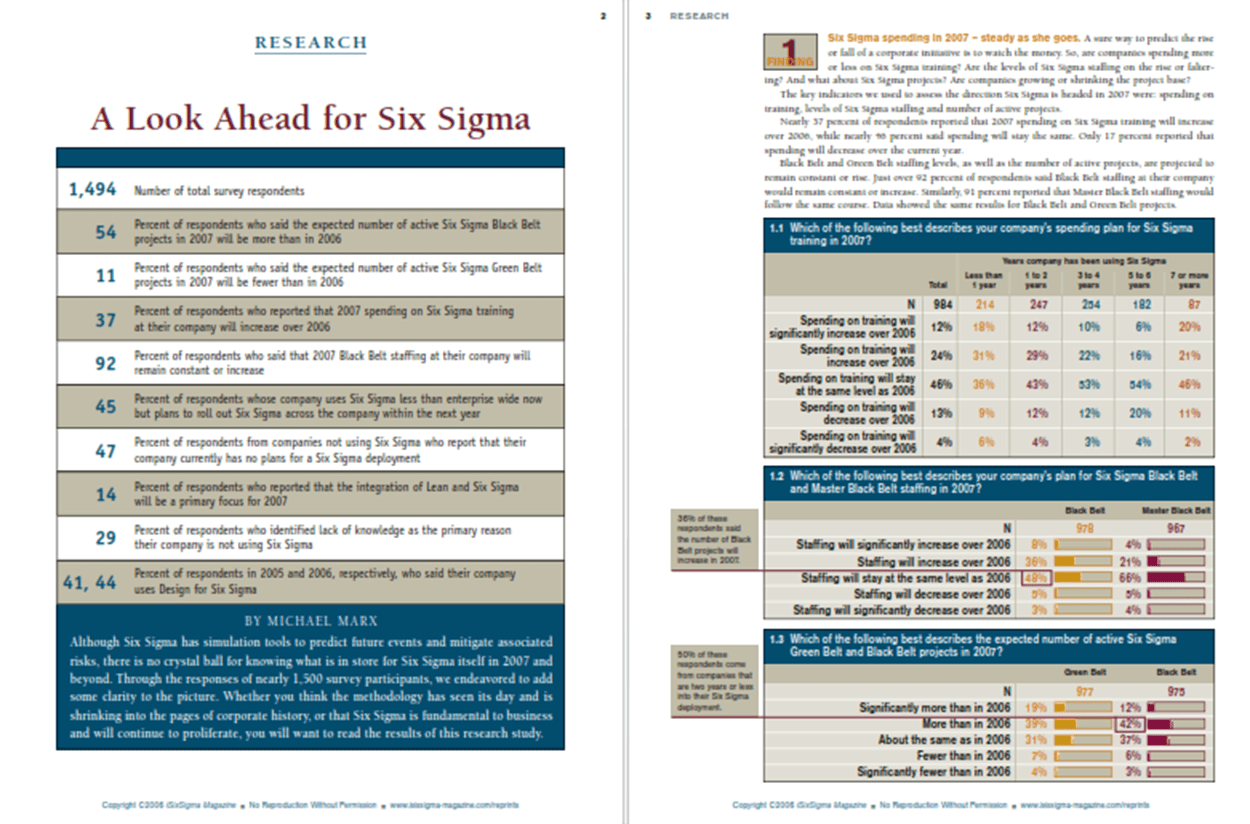